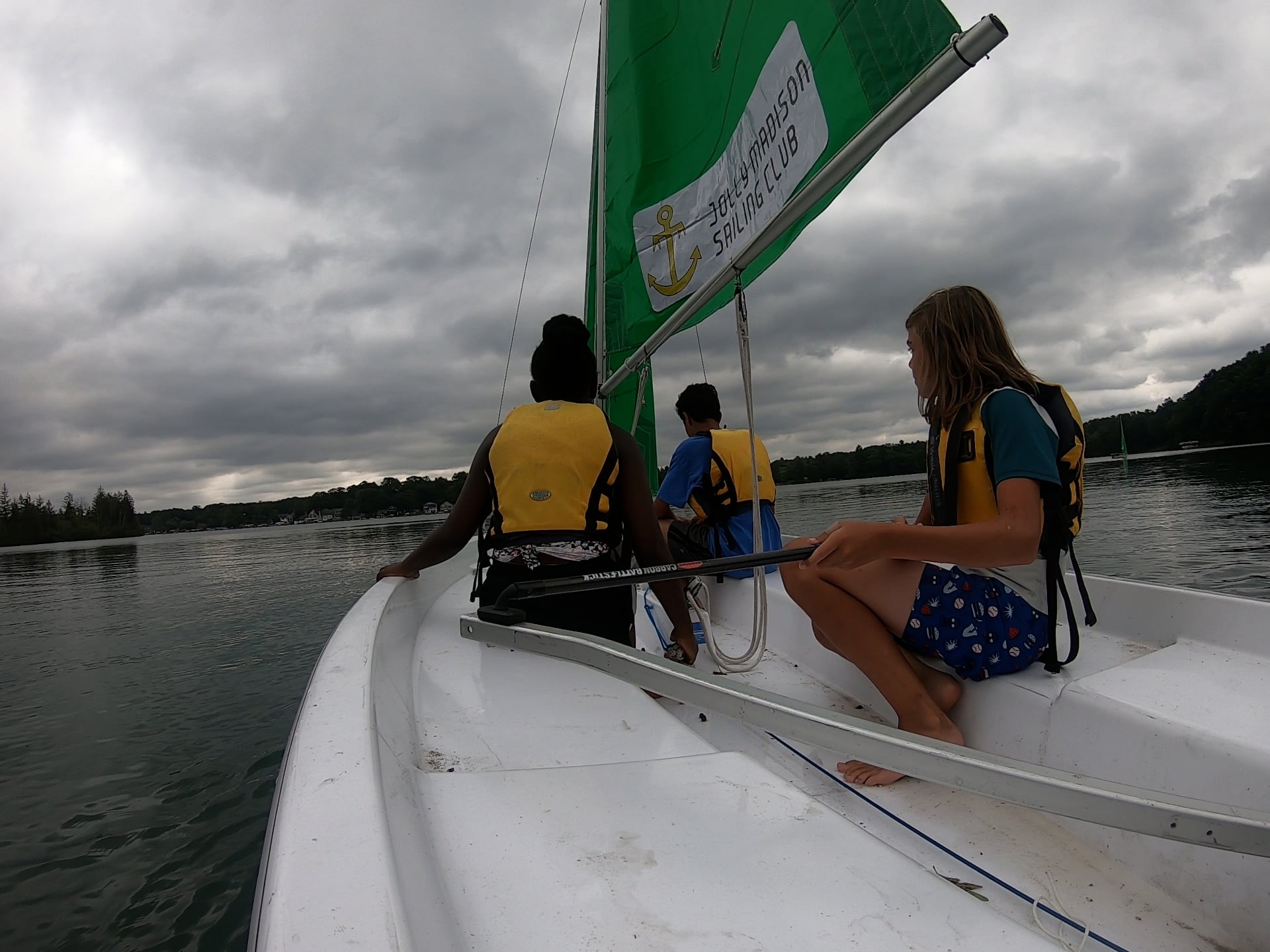 Giving back through life-changing experiences.

Giving back through life-changing experiences.

We hold to the belief that all people have unique gifts and incredible capacity. Sometimes those abilities go unrealized due to marginalizing social systems and lack of access to resources. By removing barriers such as high membership fees, expensive equipment, and freshwater access, our student members can be a part of a community sailing club and the broader international sailing community. We believe our impact will fill a void in the sport of sailing and aid in cultivating a community of equity, compassion and fun!

Bill Sleeman, an avid sailor, competitive racer, and a Saugatuck Yacht Club member also shares a passion for inter-city ministry.  Over the past twenty years Bill formed many close relationships with other men in his “Brother to Brother” group at Life Quest ministries in Grand Rapids, Michigan. The seeds for an inner-city youth sailing p

Bill Sleeman, an avid sailor, competitive racer, and a Saugatuck Yacht Club member also shares a passion for inter-city ministry.  Over the past twenty years Bill formed many close relationships with other men in his “Brother to Brother” group at Life Quest ministries in Grand Rapids, Michigan. The seeds for an inner-city youth sailing program were planted when Bill was asked by a pastor of the ministry to take some kids in the community out for a sail. While Bill was overjoyed to blend his passions, the reality of limited follow-up opportunities for this excited group of kids could not be ignored.   Early in 2019 Bill met Lisa (Beane) Russell who managed a café on Grand Rapids South East side. Over lunch he shared his vision with her of an inner-city youth sailing club.  Lisa immediately encouraged the idea and brought her love for the community and her many relationships to the mix, and thus the Jolly Madison Sailing Club began. Their Initial support was pledged by Meritage Group CEO, and sailor, Robert Schermer as well as many other members of the West Michigan sailing community. Four JY 14 sailboats were purchased from the Walloon Lake youth sailing program, but much work was needed on the worn vessels.  America’s cup veteran and boat builder Brian MacInnes, with wife Danielle, answered the call by taking the boats and hosting a fund-raiser / workday at their Holland, Michigan based facility. Many members of the Macatawa Bay Yacht Club showed up including Laura Hughes who brought with her valuable experience from her time working with the Endeavor youth sailing program in Chicago.   The team continued to rally support from local community leaders, social workers and ministry personnel.  A multi-racial, multi-talented board for Jolly Madison was assembled that included Burton Cardwell, a well-respected competitive West Michigan sailor and, for now, one of the very few African Americans active in the sport.     After a one-year delay due to the Covid pandemic, the Jolly Madison team rebounded in early 2021 forming an alliance with the YMCA which provided the Jolly Madison Sailing Club with a lakefront home.  Camp Manitou-Lin on Barlow Lake in Middleville Michigan was the host site for the inaugural sailing season.  Grand Rapids Union High School Chemistry teacher Eric Butryn “the science guy” signed on to incorporate and teachthe STEM modules, provided by the US Sailing Association,into the youth curriculum. US Sailing Level 2 instructor and former MBYC sailing coach Jack Hemmelgarn was recruited to develop our young sailors’ skills on the water.   ​Working with partnering organizations, 35 inner-city kids came through the Jolly Madison Sailing Club over our premier summer.  All of the kids received certificates of accomplishment and invitations to continue their sailing education with Jolly Madison Sailing Club.   Our future goals are to create a presence for the Jolly Madison Sailing Club in the West Michigan youth sailing scene. We hope to enter Jolly Madison’s 32-foot cruising yacht, donated by Doug Poland, in some of the Wednesday night sailing regattas hosted by a variety of the West Michigan yacht clubs. Ultimately, this program is far more than just a sailing club teaching kids how to sail. We hope and pray that the Jolly Madison Sailing Club experience will clear paths, open doors and form lifelong relationships.  This success, in turn, will elevate this young group of sailors to socio-economic opportunities not found in their current inter-city environments.